Three Rules of Work: Out of clutter find simplicity; From discord find harmony; In the middle of difficulty lies opportunity.
Albert Einstein 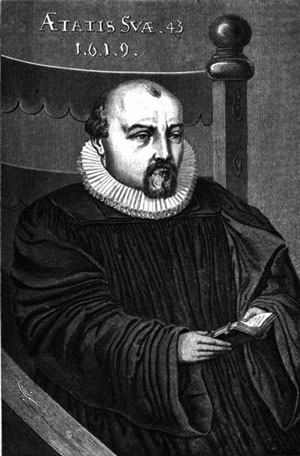 Jean Salomon de Caus was a French Huguenot engineer and scientist, who spent all his life moving across Europe. He worked as a hydraulic engineer and architect under Louis XIII from 1623 till his death in Paris in 1626. de Caus also was in service of the Prince of Wales and designed gardens in England, that of Somerset House among them. Salomon de Caus also designed the Hortus Palatinus, or Garden of the Palatinate, in Heidelberg, Germany (from 1614 till 1620 he was an engineer to the Elector Palatine, Frederick, at Heidelberg).

In 1615, de Caus published the book Les Raisons des Forces Mouvantes avec diverses machines tant utiles que plaisantes (The reasons for moving forces with various machines as useful as pleasant). It was an engineering treatise, which incorporated mechanical fountains, musical instruments, and other automata. His interest in these mechanical devices may have been influenced by the recovery of ancient texts by Heron of Alexandria around this time.

In his book, de Caus described an organ (see the upper image) in which a pegged cylinder, turned by a water wheel, activated levers that triggered bellows to force air through pipes.

A notable piece of work of de Caus was an automaton that had singing birds (see the picture below), directly influenced by a design by Heron. The birds flutter and chirp while an owl turns slowly toward them. When the intimidating owl faces the birds, they fall silent, but as he turns away, they resume their ruckus.

De Caus’s treatise also contains meticulous accounts of the mechanisms of hydraulic grottoes (small caves or caverns). In one (see the image below), Galatea rides astride a big seashell drawn by two dolphins. Behind her, Cyclops has put his club aside to play on a flageolet, while sheep gambol about. The mechanism is made entirely of wood, driven by two waterwheels, that are put in motion by jets of water from two pipes that emerge from a common reservoir. The pipes have valves that open and close alternately by means of a system of counterpoises so that the wheelwork turns one way and then the other as Galatea and her dolphins move back and forth across the scene. A third water wheel, through a train of gear wheels, drives a pinned barrel that is in turn connected with the keys of the flageolet. 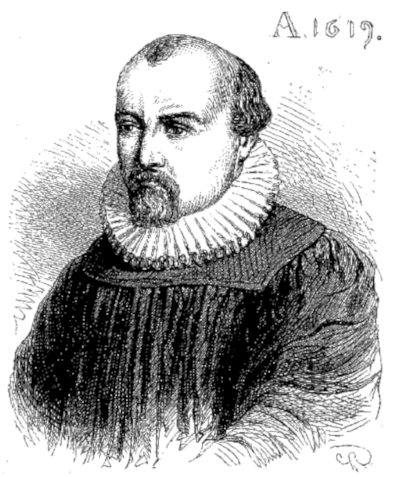 Jean Salomon de Caus was born in 1576 in Dieppe, Normandy, into a Protestant family. The whole family moved to England, where Salomon obtained his education, studying painting, ancient languages, and mathematics. He was interested in engineering and architecture and studied ancient curiosities, such as the statue of Memnon and the Archite pigeons.

From 1595 till 1598 de Caus visited Italy, where he observed the garden of Bernardo Buontalenti in Pratolino in Florence with the mechanical arts and the Villa d’Este at Tivoli, near Rome. Inspired by Buontalenti he designed several gardens and related structures fountains, grottos, and machinery.

From 1600 till 1608 de Caus was an engineer (from 1605 “ingéniaire à la fontaine artificielle et en toutes autres choses que luy seront commandées”) at the court of the Austrian Archduke Albert VII of Habsburg, governor of the Netherlands, and his wife Isabella in Brussels.

During 1608 and 1609 de Caus was in London to teach drawing to Prince Henry, Prince of Wales, and to Princess Elizabeth, then continued his service at the court of King Charles I. Together with the architect Constantino de’ Servi he built water features and a picture gallery in Richmond Palace. De Caus built also gardens in Greenwich Park, Wilton House near Salisbury in Wiltshire, Hatfield House in Salisbury, and Somerset House (London), as well as some work in Richmond park, Gorhamburry, Camden House in Kensington.

In 1614, through the intervention of Princess Elizabeth Stuart, who had married Prince Elector Palatine, he answered the call to Heidelberg, to serve as the architect and engineer of Elector Friedrich V. De Caus was the architect of the part built under Frederick V at the Castle of Heidelberg. He was also the architect of Elisabethentors and the designer of Hortus Palatinus. This work occupied De Caus for some years and was not completed when, but he published in 1620 his complete designs in a work entitled Hortus Palatinus a Friderico Rege Boemiæ Electore Palatino Heidelbergæ exstructus.

He left Heidelberg for Rouen, then to Paris, in 1620, because of the war, to start in the service of Louis XIII, who employed him as “Engineer et architecte du Roy” (engineer and architect to the king) and was among others responsible for the sanitation and fountains.

Salomon de Caus died on 28 February 1626, in Paris, and was buried in cimetière de la Trinité.